Current Events: One Story at a Time with Mr. Farrell

An Interview with Mr. Farrell

To introduce his students to the world around them and open them up to learning about it, he often gives small presentations during class on important topics going on through the use of visuals, CNN 10, and other resources in order to create a neatly packaged explanation of what is happening and how to relate it to historical events.

Mr. Farrell dedicates his own class and free time in order to help his students better understand our world. Ever since his first year of teaching, the 2002-2003 school year, current events has been an essential topic in his classroom in order to get students motivated about the world waiting at their door. He said, “back then, news stories often centered around post-9/11 topics” which produced a very solemn tone as all events have consequences. This led him to also look for positive events which were “necessary because they can be celebrated and inspiring” so that students do not shy away from the world outside their bubbles. Mr. Farrell’s efforts are heard by students, who often follow-up on issues covered in class with research of their own. He has noticed students will “walk into the classroom and mention that they heard something new about an ongoing news story, or,… that [the] topic may have been discussed at home, among their friends, or [while] they were independently… following the issue… out of self-interest.” 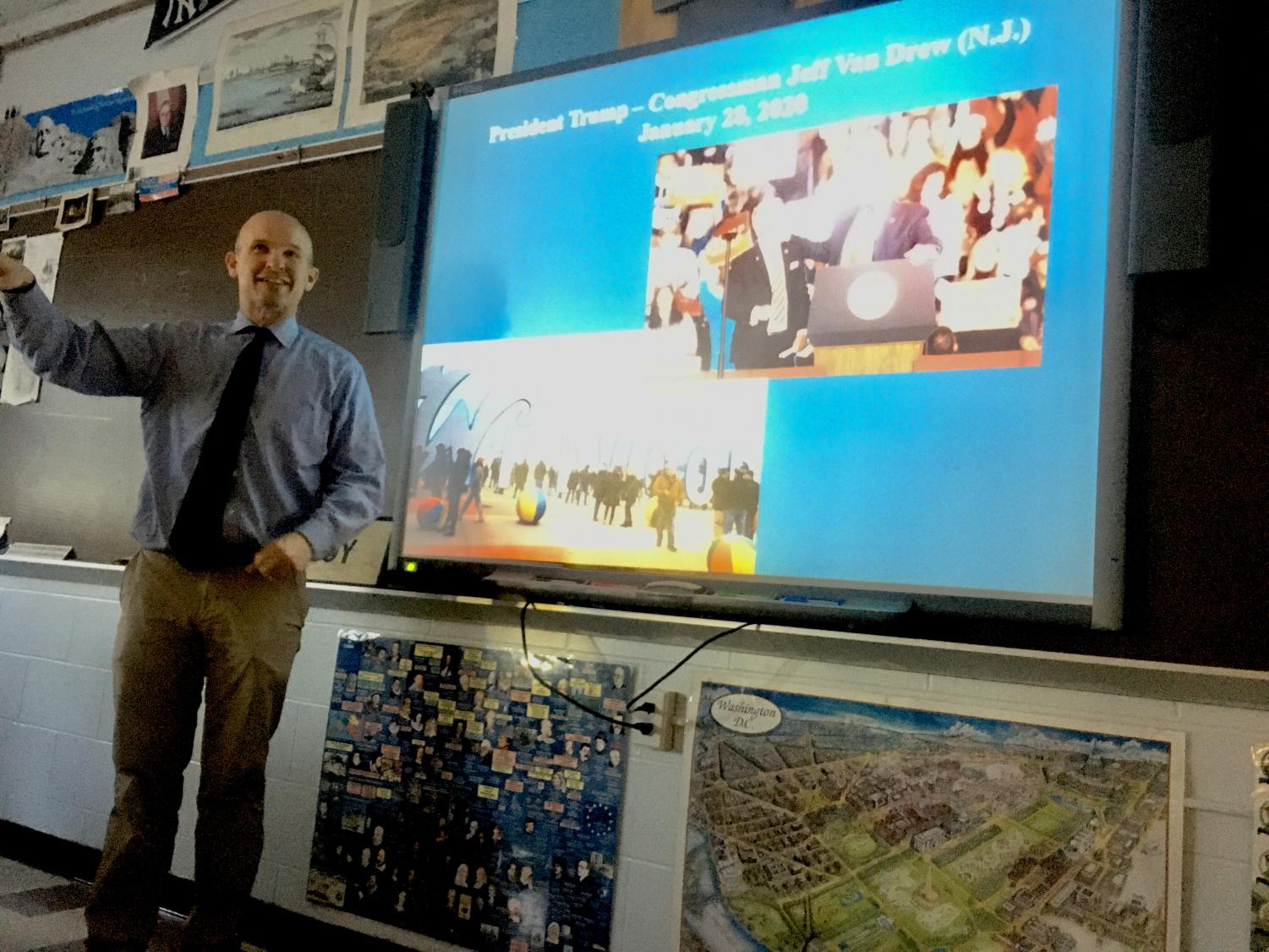 Mr. Farrell selects the topics he wants to cover specifically “because they are important and consequential, while also serving as an opportunity to compare and contrast a current event with an historical event… especially if it relates to a topic that is a part of the curriculum.” He believes that it is essential for students to pair modern events with class topics in order to get a better understanding for both as they develop an “awareness of what is happening in ‘their’ world… [and] an understanding and an appreciation for both current-day achievements and long-term effects/consequences of events that occurred years ago” as they obtain knowledge in order to “form their own informed and ‘enlightened’ opinions that they will contribute to our society” by voting and being properly represented. He believes “a country that is a democracy needs informed citizens” and that each individual “should have memories,… a point of reference for what was happening in the world during the different stages of their lives.”

Mr. Farrell works very hard to open students up to the world around them in order to help them develop educated opinions and decisions which they can use to give back and shape a world of their own. By taking time out of his day to create presentations and find helpful visuals and videos, Mr. Farrell truly captures the spirit of giving back to his students in hopes that one day they can give back to the world around them. Mr. Farrell is dedicated to helping his students make their way through a crazy world, one story at a time.