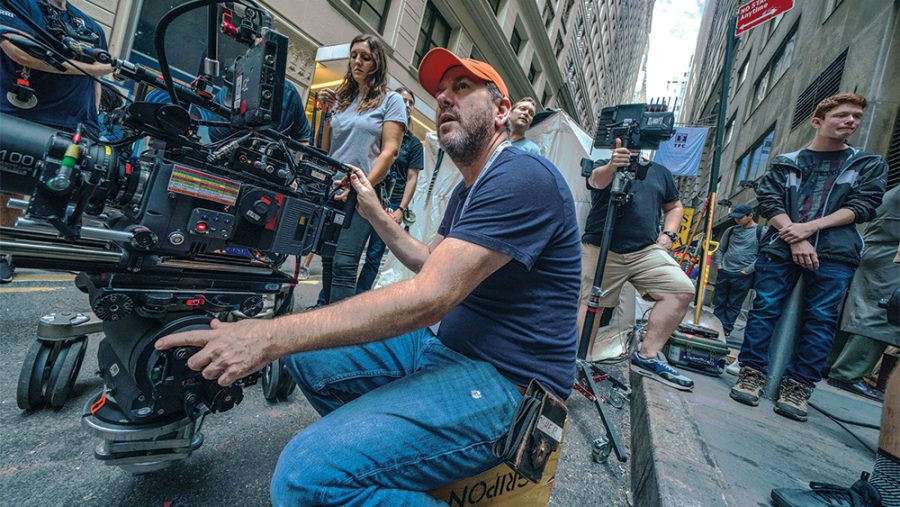 Lawrence Sher on the set of Joker

The Oscars celebrate the most impactful and memorable films of the year and the people who helped create them. This year, the movies that led nominations in the 92nd Academy Awards were Parasite, 1917, Ford vs Ferrari, Jojo Rabbit, and Joker. With numerous award categories, different members of the crew are able to get recognized for their work. Cinematographer, Lawrence Sher, has filmed iconic movies such as The Hangover, War Dogs, and Father Figures, however this year, he received his first Oscar nomination for his work on Joker. I was able to ask the cinematographer some questions to gain insight on his successful and growing career.

1. How did you know the film industry was for you?

My inspiration for film started when my dad gave me a still camera and told me to go out and take some pictures. When I returned, my dad thought they were pretty good and encouraged me to take more. My dad was a published photographer so that meant a lot. And that’s how it all began!

2. What was your favorite moment on filming Joker?

Favorite moment…I think day one. Maybe the makeup and hair test that we did before we started shooting. It was the first time I saw Joaquin in wardrobe and makeup and it suddenly felt very real. And then, day one, because that was the first day we saw Joaquin really do the laugh—and play the character at all. So, day one I realized how the movie is going to be pretty good.

3. Of all the films you have worked on, which has been your favorite?

Joker. It was like the perfect combination of some of the techniques that I have been working and doing for years but then also just a little bit more opportunity to be a little artist. Joaquin was so committed and focused that it made the movie come alive, that’s for sure, there’s no movie without him. He deserves the Oscar and to win for sure, absolutely.

4. What advice can you give to film students?

To have patience and perseverance if you want to work in the industry. It’s gonna take time so don’t rush; just have an idea of where you want to be. You don’t have to get there fast, it will come over time. Keep doing creative things as much as you can and create your own sense of style, your own sense of aesthetics, and what you like, and then you will become, you know, an artist.

To learn about Sher’s approach and creation of Joker, watch the following video: